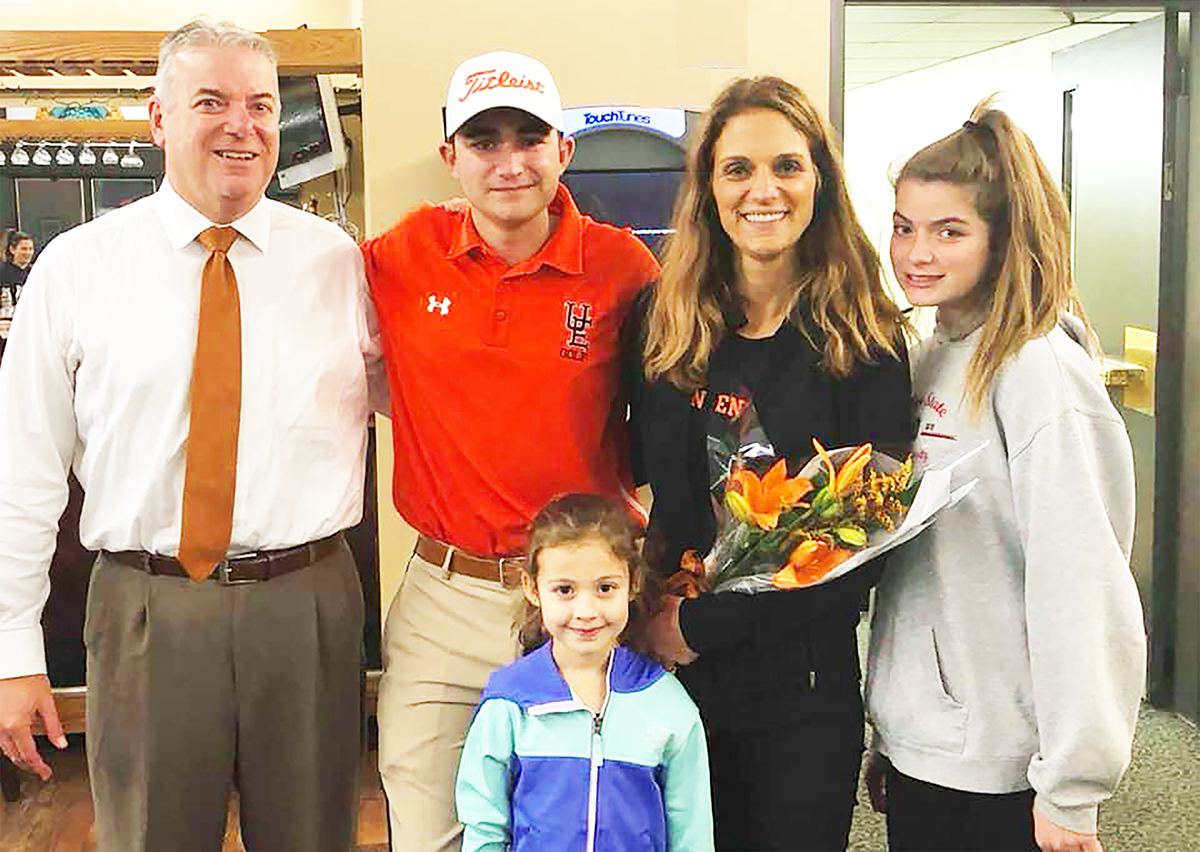 You never know what life has in store for you. Picture Kevin M. McManus Sr. 20 years ago he was coaching a UE boys JV basketball team and against all odds pulled off a win against a 1st place team. One would have to believe that win would be one of the highlights of his life but what happened later that night made this win pale in comparison. For you see it is this night that he met Rebecca (Butchko) McManus. After the game, he decided to go to The Golf Gallery in Endicott and saw an old high school friend named Carla Butchko. “As Carla made her way to the dance floor she asked her sister Becky to hold her coat, and as it seemed so did the rest of their entourage. I asked if I could help her with all of these winter coats she was holding, and before you knew it I asked her for her phone number and called her for a date the next night and we’ve been together ever since.” Kevin said a week later his friend Mike Dean told him “you’ve got a girl who meets you and your friends out to watch football, is dressed down in jeans and wearing a golf hat and looks great in it, and she is a lot of fun. If I were you I’d get a rock on her finger and marry her.” Three months later Kevin and Rebecca got engaged at sunrise on the beach in Ocean City. Marriage has allowed Kevin to “just be myself for the first time in my life. For 20 years she’s brought out the best in me and we are raising 3 really super kids together (Kevin Jr., Taylor, and Brooklyn). And we have a true partnership and work well together on our relationship and our family. We are blessed with a great system of support in our two families and we enjoy being together. I think we are raising some great kids. Becky chose to stay home and raise them and I really think it’s important to acknowledge the true sacrifice she made for the sake of our children. I am hopeful they appreciate all that their mom did to make them who they are today.”