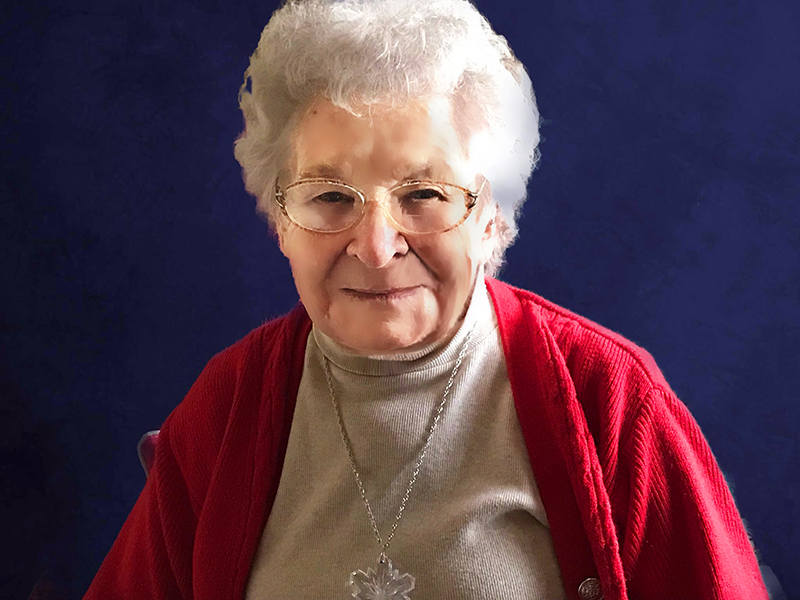 A woman clothed in strength and beauty

I had the honor of meeting an exceptional woman today.  Her name is Isabella Kumpan Ferenczi and she is 101 years old or as she liked to say at the time of our meeting “101 years old, 3 months and 5 days”.  But it is not her age that makes her exceptional.  It is her life’s path.

Isabella’s earlier years mirrored the life of other immigrant families in this area but it was in later years that her unique path took shape.  Isabella was born and raised in the 1st Ward of Binghamton. She was one of 5 and was taught the importance of work by her mother who worked at the Cigar Factory on Clinton Street and her father who worked at the Flat Iron Company until his rheumatism progressed to the point he was crippled and his family needed to take care of him.

Upon graduating from Binghamton Central High School in June of 1937 Isabella showed the world she had the strength to be her own person – to make her life’s journey uniquely hers.  Unlike other women who were making the transition between high school graduation and marriage a short interlude, Isabella entered into the workforce, in a field that was not as known for women.  Having passed the Regents Bookkeeping class she was offered a position at East Junior High School at $15 a week.  From there she went on to Woodrow Wilson Elementary School and then to 98 Oak Street where all the financing for the District was done.  And then she pushed the envelope further and was named to another position –Air Raid Warden.  Assigned to the Dickinson to Elm St area, and equipped with a whistle and flashlight she ensured that everyone’s lights were out at night to prevent anyone from being the target of a bombing attack on our soil during the War.  She also was tasked with keeping everyone off the streets, stopping all traffic and assisting people in need if there was to be such an incident.  Her wartime efforts also included working at the Ration Board to dispense coupon books for things such as beets and sugar.

Then in December of 1942, she married a man from her neighborhood who was in the Air Force and upon his honorable discharge from service they settled back in the area and Isabella continued to prove her worth in the workforce by working at Freije Electric on Clinton Street for 17 years and then Broome Community College in the Registration Department for another 17.

Isabella has shown the world that a woman can be strong in whatever path she decides to travel including the path to help others.  She has worked at the Chow Pantry and has been instrumental at the Main St Baptist Church, where she has been a member for 90 years.

Isabella is a strong, God-loving woman who still manages all her own finances and needs little help from anyone.  She has redefined what it means to be a strong woman of beauty. And I am fortunate to have met her.