It has been said that friendship is a strong foundation from which a lasting love is built.  For Juanita Moore Dvanek and her husband Tom this concept is more than a saying, it is the proof of their life. 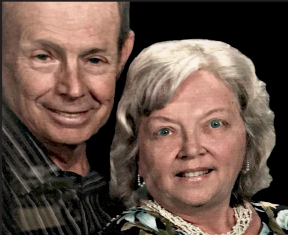 Juanita and Tom met when they were just teenagers.  It was one of those chance encounters that would change the path of both of their lives.  And it happened on January 1st 1960 at a Campville Fire Station dance known for its record hops.  You see, although Juanita was at the dance to enjoy herself and the start of the new year, Tom showed up with his friends, not to join into the festivities but rather to pick up his friend’s sister and give her a ride home.  Yet what was supposed to be a simple quick in and out run turned into something much different once he noticed Juanita.  He saw her across the room.  She was a beautiful vision in her white dress and he knew he had to alter his plans and meet her.  Although it was love at first site for him he knew he was too young to rush things so they concentrated on developing a friendship and in a short time became best friends – the type of friends that did everything together and told everything to each other with no secrets or hidden agendas.  Juanita said that Tom loved the outdoors and so most of their dates centered around fishing and trapping.  And even though most of their outings turned disastrous with the weather, the rain never dampened their spirits as they found they could laugh and smile just being by each other.

This special connection was destined to blossom into marriage and upon Juanita;s graduation they married at St.Pauls Church in Endicott.

Fast forwarding to today they are proud to say they have 3 children, 4 grandchildren and one great grandchild.  Times may not have always been easy but their life together has been blissfully effortless and it all began with mutual respect and a deep friendship.