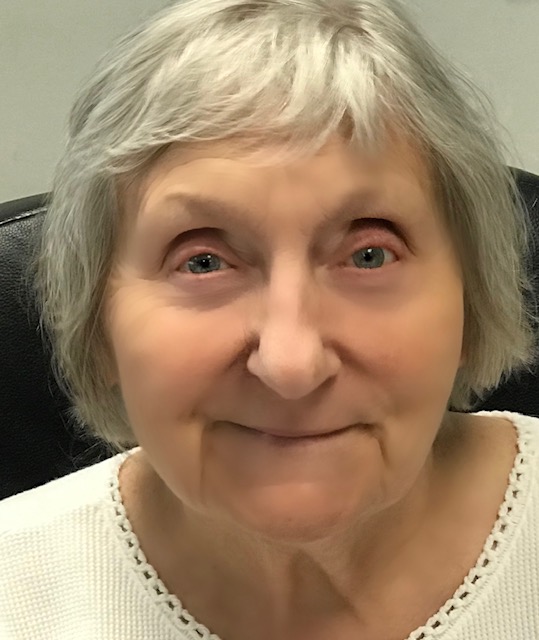 Young at  Heart with Joan Sacco

September 13th is National Grandparents Day.  We at My Town wish all grandparents a day full of celebration for they have given us a life filled with joyful and treasured memories; where we learn about the positive impact they made on their community and what it means to have a life well-lived.  On this special month, it is my honor to write about one of the best-loved grandmothers in this area – Joan Sacco, owner of Acme Cash Register in JC.
Joan and her siblings were 1st generation Americans whose grandparents had moved here because of the railroad.  She grew up on Franklin St in Endicott in what is currently the Skyline apartments site. Her home was the oldest working farm in 1904 when her grandfather bought it.  It had 13 acres, one lot for each child.  They lived off the land and having relatives live close was a special treat especially on Sundays when they could enjoy the foods that each brought and the time spent for games and talk. “Things were instilled in you from the beginning.  Everyone watched out for everyone else.  No bullying existed.  You were thankful for what you had.  People had plastic drapes and linoleum floors and they were thankful.  You’d be happy sitting on the porch watching the trains go by.  You put everyone before yourself.”
At 16 her family moved to South McKinley Ave, next to the Kline family from Kline Mens’ and Boys Store and an Italian teacher who took in IBM students who came here to train on computers.  Joan worked at Ideal Hospital in the kitchen. At 20 she reunited with one of the children she knew from her days playing in her Aunt’s neighborhood next to Tomassi Jewelers in Binghamton.  That person was Frank Sacco and at 18 he had already proved himself to be a hard-working, savvy businessman who, with his brother, bought the Endicott bakery from Sam Fragnoli across from Consol’s.  Joan said Frank’s oven broke and Jimmy Roma let them use his oven at night so they didn’t lose business, something Joan said she will never forget.  Nor would she forget how she smelled like bread from driving around in Frank’s bakery jeep on dates.  After a brief courtship, they got engaged and then married in 1957. Their first baby came when Joan was working at EJ thereby affording them all the medical and first pair of shoes free.  Frank left the bakery to work at Roger Kresge and then NCR before starting Acme Cash Register, in Endwell next to Novello Cleaners, in December of 1977. “We didn’t have anything back in the early days but we were happy.  I have always been a mother first before anything else”.
Today Joan has 3 children Joe, Mark and Debbie and 4 grandchildren and her family history has been documented by such sources as the Roberson Center and the Albany Museum.